HomeWhat We’re DoingPrevention, Outreach & Training’s
A- A A+

YWCA Yakima takes domestic violence seriously and we know that the best way to end it is to prevent it from happening in the first place.

YWCA Yakima is creating a Teen Advisory Council to better assist us in meeting the needs of young people.  Additionally, we are creating an app that will allow young people to confidentially connect with an advocate.  We will provide education to parents and guardians on warning signs and what they can do to help the young people in their care make safe choices.

Fact:  Abuse pervades EVERY ethnicity and socioeconomic status.  Lower income victims are over-represented in shelters, social services and police reports due to a lack of other resources.

Myth: Domestic abuse does not happen much anymore.

Fact:  Domestic abuse is a HUGE problem.  1 in 4 women experience domestic violence.  Women are more likely to be killed by their partners than a stranger.

Myth:  Drugs and alcohol can make someone abusive.

Fact: Drugs and alcohol may affect an abusive relationship, but the substance does not cause the abuse.  Someone may be more prone to being violent when drunk or high, or they may be able to reach that threshold faster with a substance, but it will not cause someone to be abusive that would not have been violent otherwise.

Myth:  If it was really that bad she would leave.

Fact:  There are so many barriers to overcome when leaving an abusive relationship.  It is not as simple as “just leaving.”  Some factors include threats, economic issues, lack of support, isolation, fear and even hope.  Leaving an abusive relationship is the MOST dangerous time for the victim because leaving is the ultimate threat to the abuser’s control over his or her victim.  The violence will usually escalate at this time.  This is when most domestic violence homicides occur.  That fear alone could make someone stay.

By the numbers...
more

YWCA Yakima seeks to educate and connect with Yakima Valley.  We give presentations to groups interested in learning more about domestic violence in Yakima, what YWCA Yakima is doing about the problem and how they can help.

If you are interested in learning more about our presentations, please contact us.  We are happy to provide education to groups no matter the size.  We regularly present to medical facilities and have booths at community health fairs. 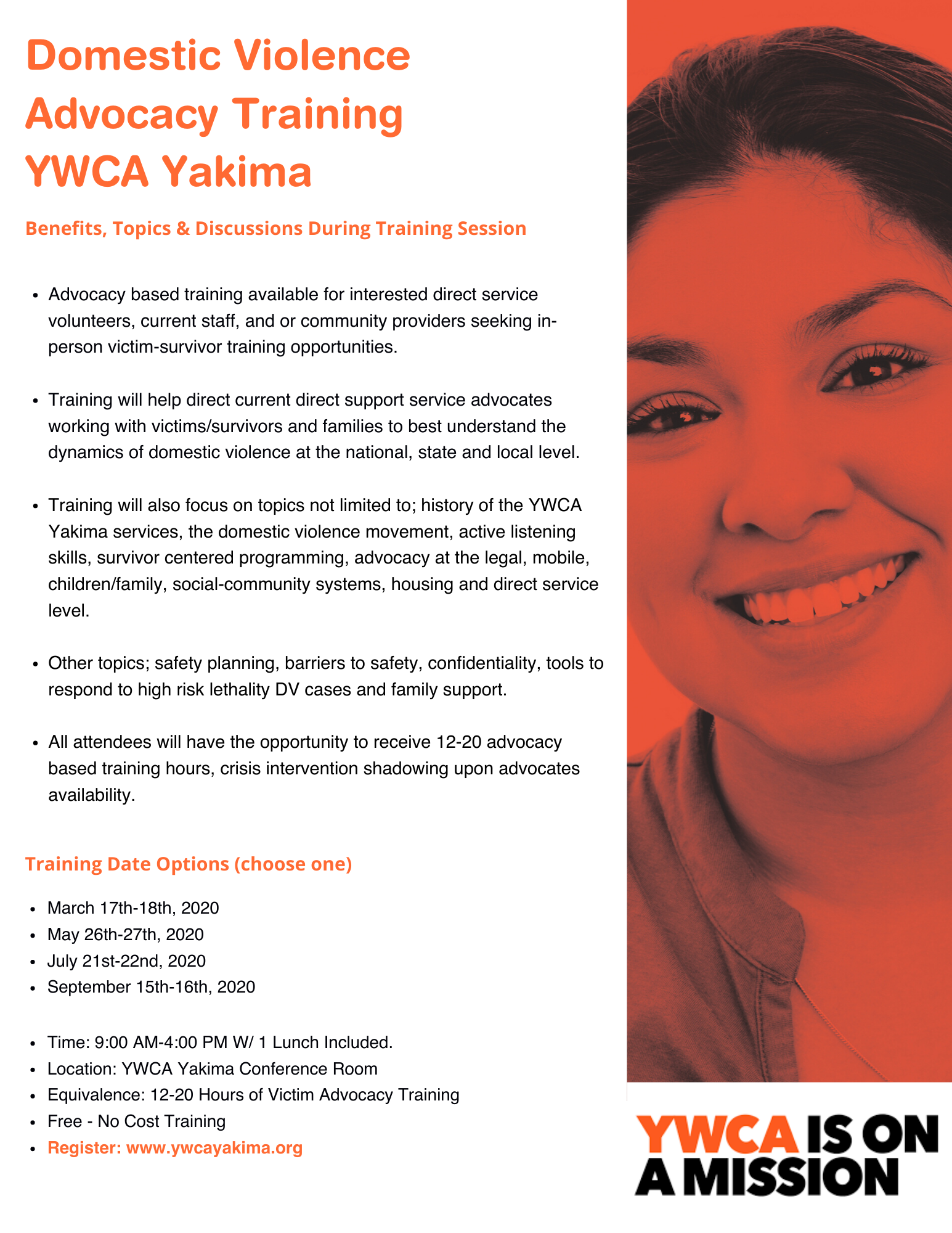